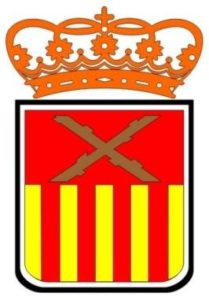 THE KING AND THE FOUNDATION BRIGO ALMORADÍ

D.José Montesinos Pérez Martínez (1745-1828), between 1,791 and 1,816 wrote the “Historical Compendium Oriolano” famous manuscript that after many vicissitudes is now in the Central Rural Orihuela box. He falls in the “Chronicle Sum of the Illustrious University of Almoradi Regia”, in which we talk about the origins and history of the town.

While it should be mentioned that the work of Montesinos has proved to be a mixture of history, legend and myth (though no less beautiful), we can not determine their level of accuracy given its characteristics.

According to this manuscript Almoradí was founded in 1,896 BC by the legendary King Brigo, and was named amarion. It belonged to the province of Contestania, constituting part of a people of primitive Spain (probably of Iberian origin) that was settled in the territory of the present province of Alicante.

Then it seems that was dominated by Greeks and Carthaginians, but it was the Romans who left unmistakable traces of their passage through amarion. Later he became part of the Visigoths (when they expelled the Romans), and depending, Almoradí of Teodomiro.

In the year 713 AD, Teodomiro was defeated by the Muslim troops of Abd-al-Aziz, in a struggle that lasted twenty months. Despite its defeat, the duke received a favorable treatment under which the entire southern region of the province was forming a small Christian state called Tudmir, with particular regard to emires- vassalage, while virtually the entire peninsula was under control Muslim. This autonomy was preserved until the early ninth century when Abderramán imposed Muslim rule.
This domain was extended until 1226, when James I the Conqueror dominated Almoradí and expelled the Moriscos passing our people to have complete dependence of Orihuela. Legend has it that the night before the great battle between James I the Conqueror with the Moors who dominated the area and that there was a Nov. 30, were seen on the mosque huge golden blades, symbol of the martyrdom of St. Andrew. He learned this in Rey D. Jaime and recalling the feast of that day (San Andres), ordered the assault of the walls and reconquered Almoradi.

Years later, Alfonso X the Wise, son of James I granted the farmstead of Daya and place of Almoradi, the Castilian knight Fernando Perez de Guzman. Thirty-two years later, Jaime II of Aragon recovered Almoradí for having committed the unfair fact Guzman, thus being Almoradi added to the Royal Crown.

In 1583, Felipe II grants the privilege of Almoradi University. So it was called in Catalonia and subsequently by the Crown of Aragon to municipalities during the Middle Ages, and so let our people depend on Orihuela.

After the War of Succession with the victory of Felipe V, the privileges of the Kingdom of Valencia were abolished and drafting documents was banned in Valencia. In the Parochial File no record of the change of dialect by the Spanish. Also, the King granted the title of Almoradi “Villa Ilustre” for their loyalty to the Crown.

But this is only one of the versions of the origin and foundation of Almoradi, as Gonzalo Vidal Tur, in his book “A Bishopric Spanish in Orihuela-Aliante” mutes the King Brigo and successive occupants of our people and given the role of the foundation to Almorávides, western tribe of Morocco who subjugated nearly half of Spain from 1130-1273.

“Then it was a strong fortress with towers,  walls and large pits. Almorávides,  when they arrived in Murcia corriéronse  some to the mouth  of the River Segura, being in awe  of the goodness and beauty of the  land along its banks. To enjoy them and exploit them , they created a alcazar  and to remind its founders,  called him Almoradí ”

Almoradi despite its former founding date, is a young people and in which only remnants of the past are observed, as a strong earthquake in the spring of 1829, namely 21 March, destroying it completely. They have been very few vestiges that have survived to this day. These include the magnificent organ parroquial.Así can conclude that Almoradi is an old town that over the years has only rejuvenate, but not forgotten its past and its traditions and customs, as old as your history.

As Escolano says the town ‘s name itself evokes its past as Almoradí is an Arabic word which means “my will and my wish” .