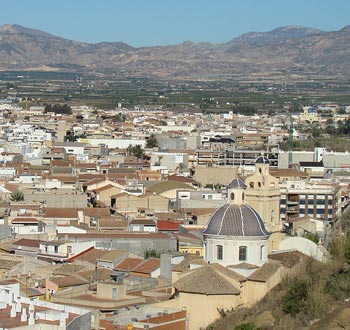 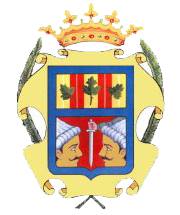 The name of Cox comes from the Latin word Coxus or Coxum, which meant a closed or fenced place, which is justified by the mountains that close it to the south.

In the days of the Visigoths it was called Coix. And in Muslim times Cox together with Crevillente and Albatera formed a small independent state of the Moorish kingdom of Murcia ruled by Aben-Huduel, although it retained its region, its customs and its social status until 1320, date in which the place happens to be dominated By noble oriolanos.

(Inventory of Resources for the Promotion and Development of Rural Tourism in Vega Baja,
Edit the mancomunidad)

The town of Cox began its existence in remote times, as evidenced by vestiges and archaeological remains found in the skirt of its mountain, which already in the eighteenth century the Andalusian chronicler Montesinos gave reason. According to Montesinos one can speak of the existence of Cox as inhabited nucleus in the Visigothic era, before the s. XVIII. This nucleus is located in the place known as “La Hoya”.

Cox was a Muslim farmhouse conquered in le s. XII and given to the Rais de Crevillente. In 1304, by the treaty of Almizra, the whole term of Orihuela passed to the crown of Castile to the one of Aragon, and in 1320 Heula II, descendant of Aben-Udiel, renders its properties to Jaime I of Aragon.

In 1450 Juan Ruiz Dávalos bought it from the Roca de Togores and asked King Juan II of Aragon to build a mansion on top of the hill. Various factors such as the expulsion of the Moors and the great plague of 1648, which left the Vega Baja almost empty of human, left Cox with twenty percent of population; Alone in Orihuela five thousand people died out of a total of seven thousand five hundred. The consequences of this great plague were among others the loss of the vernacular (Catalan) language by the number of Murcia and Castilians who came to the village and filled the streets of Cox. With the implantation of Castilian this town happened to be called Cox, protected later in century XVIII with the Decrees of New Plant favored by the first Bourbon Felipe V, begins the reactivation of the municipality.

The most important thing in the twentieth century has been the demographic increase that in the last thirty years has increased by three hundred per cent.

The old town is surrounded by the surrounding area of ​​Santa Bárbara Castle, and the Casitas neighborhood is located on the hillside of the Sierra de Callosa (Cox Viejo and La Hoya neighborhood). The population nucleus of the Muslim Cox was confined in the tight area of ​​Calle Bajo between the acequia and the mountain. Although the space was narrow and narrow, its location was very privileged, because it had at hand the water and the garden.

The Muslim Cox had a mosque sita where today is the church of San Juan, said mosque looked east.