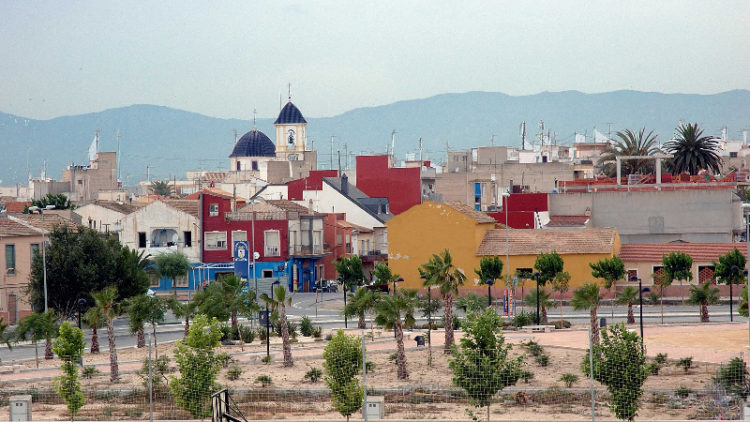 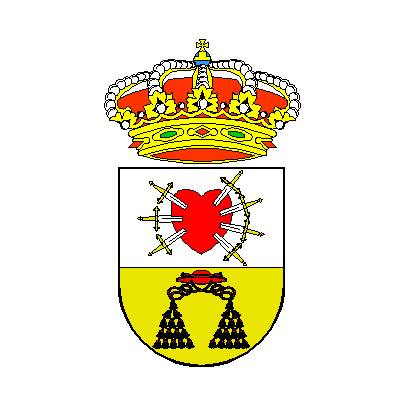 Within the province of Alicante, Diocese of Orihuela, the Judicial District of Dolores was confined to the north, with the term of Crevillente; This Elche and Guardamar those; South, Rojales, the Dayas, Puebla de Rocamora and Almoradí and West, those of Orihuela, Rafal, Callosa de Segura, Salt Marsh Albatera and Catral. Its extension is 2 miles from north to south, and 3 from East to West. All this land was once wilderness, wet and often muddy, growing only in it salicornias, sálsonas and several other plants that love moisture. The decomposition of water by the heat of the sun and corruption plant was a perennial focus of rebel diseases, which often degenerating into pestilential epidemics, spread throughout the garden of Orihuela,

Soul grieved that was Bishop of Cartagena, Cardinal D. Luis Belluga and Moncada, seeing so many disasters, and that death had seized one of the best land of Spain, conceived the grandiose project to destroy the source of the evil, draining the ground, digging ditches, and opening a multitude of channels through which freely corriese the waters into the river or pond of Elche. To this Cardinal Belluga acquired in 1715 from the City of Orihuela 25,000 tahullas that belonged to him by a short contribution that forced him to pay annually, whose donation confirmed and made itself King Philip V, on 15 December of the same year; Guardamar del Segura 13,000 owned tahullas that contract, which was awarded in Orihuela on 20 July 1720, with the approval of His Majesty, in which he forced himself to meet that Villa annually, 150 pounds in compensation than that obtained fishing, plus 150 pounds destined for the poor thereof; and finally His Majesty made him donation of the 2,000 that make up what was known by Majada Vieja, all of which add up all 40,000 tahullas.

A few years they sufficed to see this philanthropic enterprise happier crowned success, and by a score of plans that swampy ground under is seen, raised higher up the lands of the excavations; and the flooded waters before this surface, down to seek their level, running for the new channels: swampy sites were dry, and this desolate and unhealthy ground, briefly transformed into beautiful gardens tracing beautiful and several green the sad and dark green color aquatic plants, which previously covered the floor. He then founded said Cardinal on that ground the villages of Our Lady of Sorrows, San Felipe and San Fulgencio, and gave in enfiteusis all lands under the writing that was approved with and sent to observe King Philip V in Royal Decree of 13 September 1724,

All these franchises and privileges were necessary for men to settle in one place, looked with horror until that time; but experience, showing the fertility and richness of the soil, was multiplying neighbors: the population growth occurred land improvement; and those swampy and waterlogged fields, reservoir of disease and death, sprouted rich harvests of wheat, barley, corn, wine, oil, silk, hemp, linen, Banilla, fruits and vegetables. Brackish lands lost to the work, with fertilizers and irrigation, and soon that fertile garden shaded in the moral, olives, vineyards, orange and fruit from China of all kinds.

Such was the wonderful transformation that has happened in the land described, which constitutes a part of the lush garden of Orihuela, and as it has its risks from the drainages and leftovers of those who provided the aqueducts arising from dams Almoradi, Callosa and Alfeitamí and in the ditches of Moncada.Participation of Catral, Abanilla, Mayayo and Kingdom, which together pass the Pious Foundations where the waters as live prey, fertilizing 30,000 tahullas of 40,000 comprising, corresponding to the terms of Dolores, San Felipe Neri and San Fulgencio, counting every 18 days, at the rate of 16 per hour tahullas, verifying it through the sprinkler Gallows, Mimbres, Panas, Berenguelas, Nuera, Conesas, Sauras, Palacios and other minor. In the distribution of these risks understand the mayors of each of these 3 villages, in their territory, of which are exclusive judges of water; and have in times of scarcity as required by the need for stakeholders, for the benefit of outstanding crops. Expressed azarbes, after traveling a league, join with other leading side drains, part of the river near its mouth and part of the lagoon of Elche.