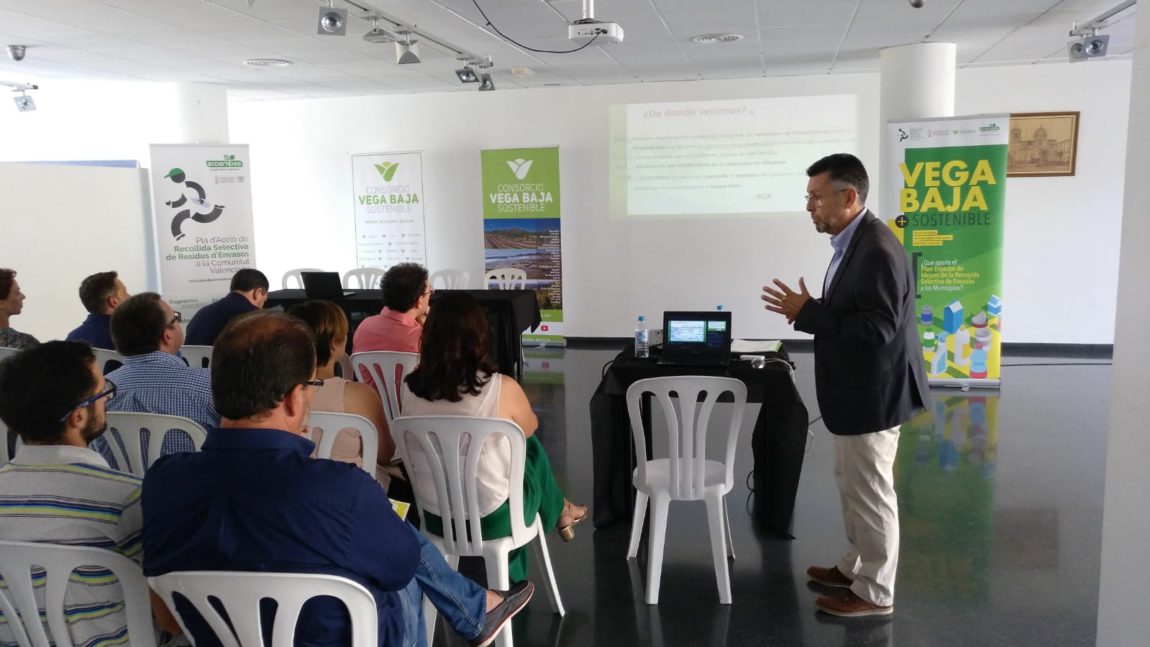 The Consorcio Vega Baja Sostenible, Ecoembes, the environmental organization that coordinates the recycling of packaging in Spain and the Generalitat Valenciana participate together on March 5 in a conference on the Special Plan for Improvement of the Selective Collection of Containers in the municipalities of the Vega Baja The event, which will take place at the Virgen del Carmen Cultural Center in Cox, will also host the award ceremony for ‘The Challenge of Recycling’, which was held last year in the towns of the region.

During the day, the results of the special plan, which began in July 2018, will be presented. Its purpose was to improve containerization, increase the selective collection of containers and carry out a diagnosis of collection service in the municipalities.

The event will begin at 12.00 and will be welcomed by the president of the Vega Baja Sustainable Consortium, Manuel Pineda; the manager of Ecoembes in Catalonia, Comunitat Valenciana and Illes Balears, Jordi Pietx and the general director of Environmental Quality and Climate Change of the Genralitat Valenciana, Joan Piquer.

The results of the special plan will be unveiled by the technician of the department of environment and territory of Imedes, Eva Checa. During the presentation the diagnoses will be delivered to the representatives of the municipalities. During the presentation will give global data about the Consortium and then the municipalities that have participated in this plan will have their specific data.

The act will end with the award of ‘The Challenge of Recycling’ that was developed during the first half of last year in 20 municipalities of the Vega Baja. The campaign, promoted by Ecoembes in collaboration with the Ministry of Agriculture, Environment, Climate Change and Rural Development, was to promote the recovery of containers that are deposited in yellow containers (cans, briks and plastic containers) and blue (containers cardboard and paper) to increase the rate of recycling in the municipalities integrated into the Consortium.

The campaign was very well accepted by the municipalities and neighbors as more than 60,000 people participated directly in the different activities that were developed. More than 80 talks were held in associations of housewives, consumers, senior centers, etc., and some in schools and colleges, where more than 10,000 people passed.