The Consortium will receive € 850,000 from the Generalitat for the installation of the transfer plants in the Vega Baja 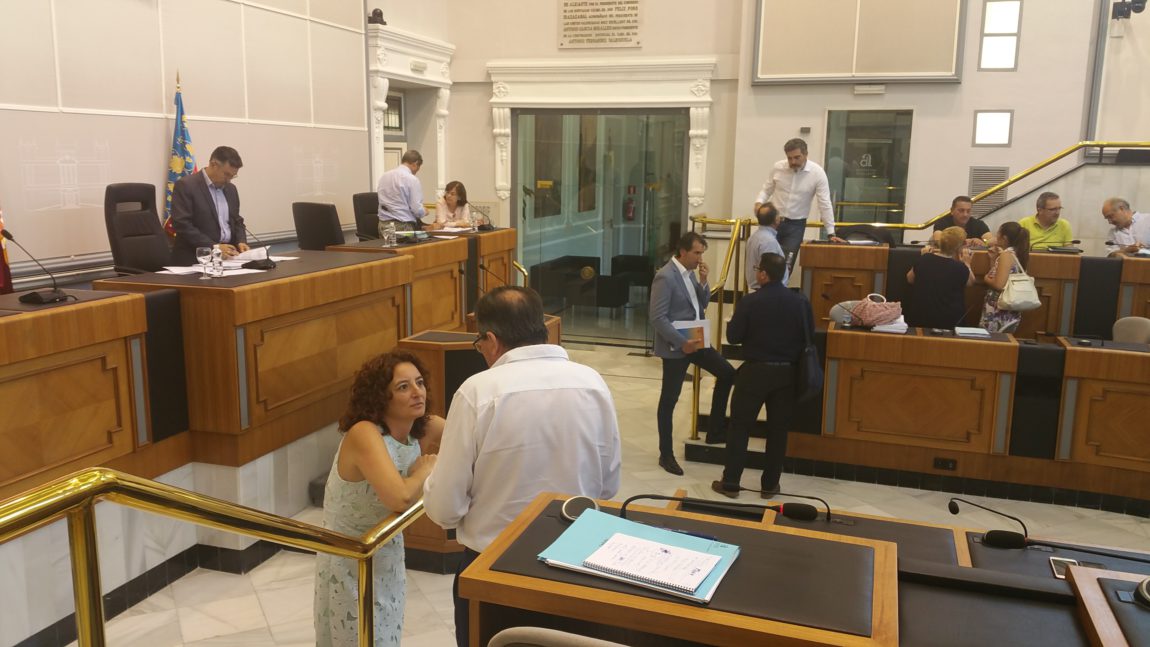 The Consorcio Vega Baja Sostenible held a plenary session on Tuesday in which all the points on the agenda were approved unanimously. One of them was the proposal for 10,000 tons of garbage from the region to move to the plant in Cañada Hermosa, Murcia instead of to Xixona, where 22,000 tons of Orihuela already go.

One of the most important issues has been the announcement by the general director of Climate Change and Environmental Quality, Joan Piquer, about the proposal so that in the budget of the Generalitat of 2018 850,000 euros will be allocated for the Vega Baja Sustainable Consortium. The general manager recalled that with this amount could be paid 100% of a transfer station or 50% two stations. “This means that the aid to the two transfer plants could have 100% financing,” said Piquer, before the municipal representatives of the 27 municipalities of Vega Baja.

In addition to this redistribution, approval has also been given to the approval of the contributions to finance the collaboration agreement between the Consortium and the Alicante City Council, as well as the proposed modification of the technical bases of the management project so that the projects of the transfer and eco-park plants – mobile and fixed – are presented and tendered separately, so that any administrative obstacle in the management of any of these facilities does not affect the others.

In addition, the general director has also explained that Spain will also receive funds from the 2014-2020 Feder aids. The general management has informed that there will be 20 million for the consortiums of the Comunitat that will go destined to movable, fixed ecoparks and computerization of facilities. “At least 50% of the investment will be financed with European funds,” said Piquer, who added that “European aid can be obtained to create definitive treatment plants, if we also take advantage of the financing lines of the ecoparks that are now available. and we work together all the municipalities and the regional administration “.

For his part, the president of the Vega Baja Sustainable Consortium, Manuel Pineda, thanked the Generalitat for its financial support “because they are very necessary and will suppose that the neighbors do not have to pay to create the facilities we need in the region”. The president has been satisfied by the “unanimity” that has been in the House and emphasizes that “we must continue in this line to achieve the goal of having a management facility as soon as possible to improve the quality of life of our neighbors. “