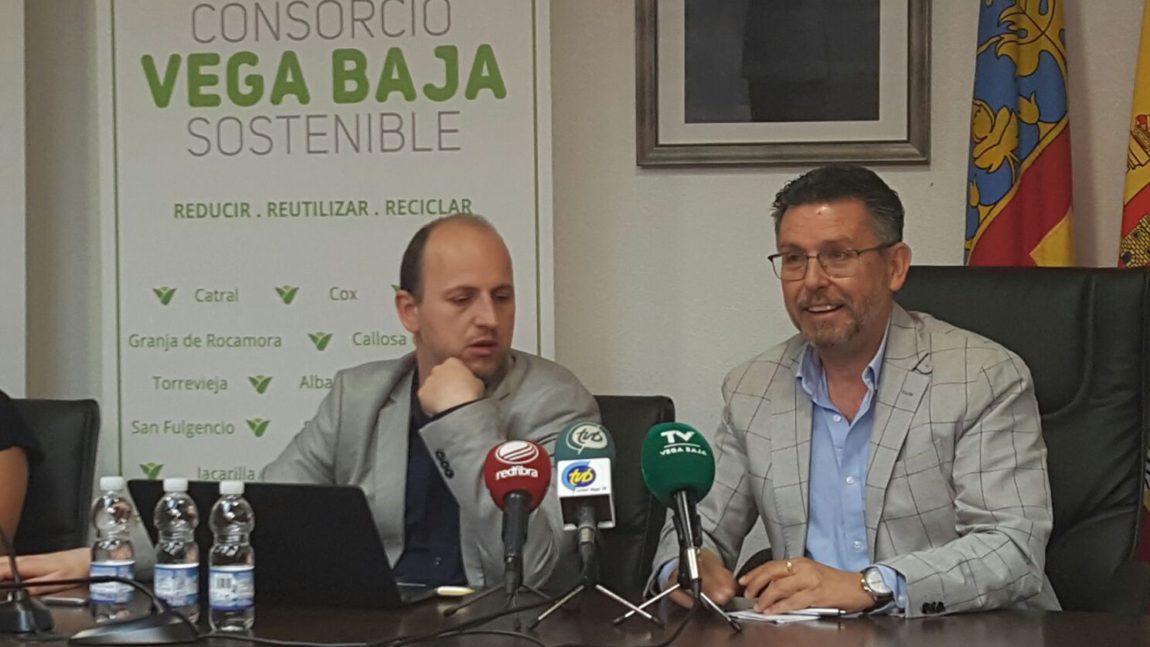 The Vega Baja Sostenible Consortium continues advancing in the start-up of the plants that will be necessary to treat the waste of the region. The president of the entity, Manuel Pineda and the general director of Climate Change and Environmental Quality, Joan Piquer, have appeared this morning to explain how the situation is in terms of the implementation of the different transfer plants that are needed in the Vega Baja.

The general director has announced that they will raise up to 4 possible places to locate the transfer plants. “It is not the time to announce them, but I can say that it will not be in Cox or Albatera”, said Piquer. On June 1 will meet the technical committee of the Consortium in which will be “an adaptation of the technical bases to the current flow of waste, so that the prices are unitary”, assured the director. This is so since Piquer has explained that in 2016 there have been 14,621 fewer tons of landfill rejection. “These figures represent the best waste management in the history of the Vega Baja, thanks to the efforts of all administrations,” he added.

At this meeting, the presentation of different management projects for the final treatment plants will also be discussed. “What is going to be done is that in the transitory solution, transfer plants and ecoparks, proposals are submitted separately so that any type of improvement does not paralyze the process,” said the CEO.

Also, the public company Vaersa is also working on the improvement of the management project to “lower costs in civil works and foundations” that would be developed in industrial estates.

Both the general director and the president of the Vega Baja Sustainable Consortium, Manuel Pineda, have commented that it is “essential” that the civil representatives and the media “work in parallel showing and raising awareness about what the treatment and transfer plants are”, has affirmed Piquer in relation to the visits to this type of facilities by the municipalities, which have already been launched by Consorcio Vega Baja Sostenible and that began last week with Dolores and Rafal.

Pineda recalled that “the waste of the Vega Baja must be given a solution as soon as possible and what we are trying to do is to have a union between all the political parties”, while at the same time clarifying that in order not to raise the waste rate bill to the neighbors, all the institutions have to contribute and help “to solve the problem”.

Institutional aid
The general director of Climate Change and Environmental Quality, Joan Piquer, has announced that from the general direction in the budgets of the Generalitat Valenciana of 2018 will be entered between 750,000 and 1,000,000 euros for the construction of the transfer plants of waste. The head of Environmental Quality has explained that resources have been allocated to other facilities such as Elche, Villena or El Campello and that it is important to do it in the Vega Baja “to reduce costs to citizens”. In addition, this amount will also affect the 150,000 euros already in the budgets of the Consortium this year. In this sense Piquer has asserted that “we have to reach a determination and get involved budget”.

Likewise, both the general director and the president of the Consortium, Manuel Pineda, have invited the Diputación de Alicante to also allocate an investment line for these future plants in their 2018 budgets. “If all administrations help we are talking about a reduction of between 50% and 60% of costs for citizens.

The plants have to go somewhere and it has to be a joint solution and we need to know the opinion of the municipal groups, but I think there are certain oppositions that do not add up”, the director general clarified and added that “we do not care study locations and changes but we want to know the opinion that all the political groups have about it “. In this sense the president of the Consortium, Manuel Pineda, has ensured that the Vega Baja is “in the focus” at the national level, in reference to the contacts that are maintained from the direction of Climate Change with the Ministry of Environment to give solution to the waste treatment of the region.