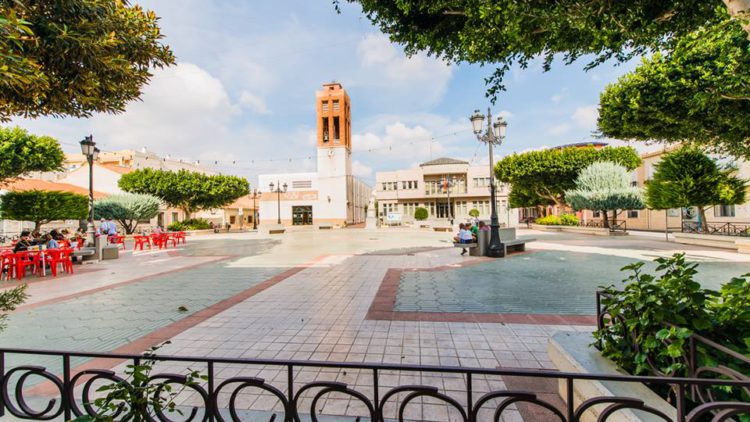 Formentera del Segura is a small municipality (4.3 km2 extension) located in full traditional garden of the Vega Baja and located on the left bank of the River Segura just 10 kilometers from its mouth in Guardamar del Segura.

Traditionally, Formentera del Segura has been a predominantly agricultural town, but today it no longer corresponds to reality and that in just 20 years has gone from a domain of the primary sector to a situation where this is the least representative and where the weight of the local economy rests with the secondary and tertiary sectors. Moreover, this change in the economic structure of the municipality must be added that is immersed in an important stage of development, both urban and socioeconomic derived from the great urban activity in the area. Thus, in a few years it has gone from a virtually stagnant population around 2,000 inhabitants currently have more than 4,500.

The town is divided into three urban centers: the core, located between the towns of Almoradi and Rojales; the neighborhood of “Los Palacios”, 1.5 kilometers from the main population center bordering the urban area of ​​Rojales; and “Private Farms de la Vega”.

The Town of Muslim origin, happened in the thirteenth century Jaime de Aragon. For centuries it was happening, as sale, inheritance or donation, through the hands of various lords and nobles, until he finished finally being owned by the Marquess of Algorfa, which gave it to his son Nicholas and this, relying on Alfonsina law, he founded the town of Formentera del Segura. Thus, it can be considered that, historically, the population of Formentera born in 1731 under alfonsino privilege and through D. Nicholas Perez de Sarrio, Lord of Formentera. The place belonged to Orihuela, until the sixteenth century from which became independent in that city.

The best conditions of irrigation of his term, which is bordered by the River Segura, allowed people to experience rapid development in the nineteenth century as the feudal system gave way to the minifundistas properties.

Today, the town now has a population of over 4,500 inhabitants and is immersed in an important stage of socio-economic growth derived mainly from the important urban activity in the area.