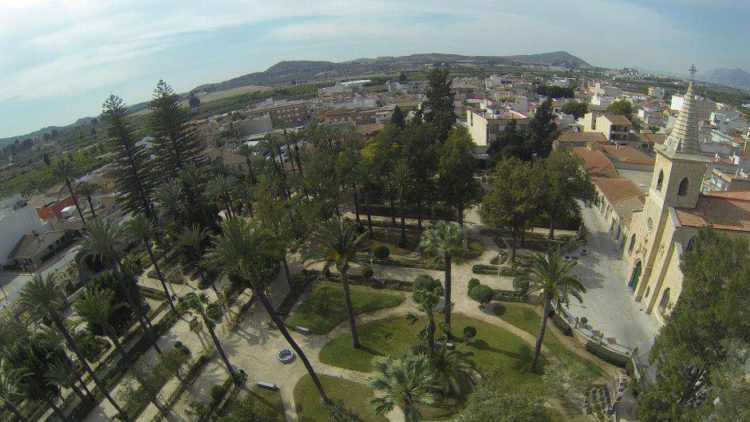 The origin of what is now Jacarilla remote can be traced to the fourth century BC, when this place an Iberian settlement was located. For those distant dates, this area of ​​the Vega Baja del Segura had a different orographic conditions to current; Jacarilla was on the edge of a vast marsh fed by alluvium of Vinalopó and Segura and extending to the Mediterranean Sea.

You have news for some inscriptions found in 1921 in the Serreta of Alcoy, that at that time there was a large pilgrimage from different places to a spiritual center to make offerings to the goddess of fertility. In the lead plate found containing an account detailing the origin of each group of these people, and the last to appear is Sakariskera, which came to mean “the place where the river sand stops.” The place name will evolve Xacariella, Hacarilla and finally to Jacarilla.

As in all cases of place names of uncertain origin, also for Jacarilla various etymological theories they are defended, but the above is going back to a more remote past.

RENEWAL OF OUR DAYS

Over time and place reconquered from the Moors, the Togores family, as recorded by the Llibre of repartiments King James I of Aragon, will exercise its undivided domination for centuries. In the seventeenth it becomes independent of Orihuela, and in the nineteenth, being Francisco Sandoval Melgares, the land owner, gets its separation of Bigastro.

In 1899, the death of the last lord of Jacarilla whole territory was divided equally among his four sons. In 1915, one of the heirs sold his property (about 850 hectares of land among which was located the village) to the Marquis of Fontana, who had been captivated by the beauty of the natural area known as “Vereda de las Palmeras”, by an amount of around one million pesetas.

In 1947, the heir to the Marquess parceled and sold in proportion to Jacarilla 240 residents of the land that they were working as sharecroppers, as they had always done their ancestors. After paying seven and a half million pesetas it disappears in the middle of the twentieth century this vestige of dependence almost feudal medieval roots.