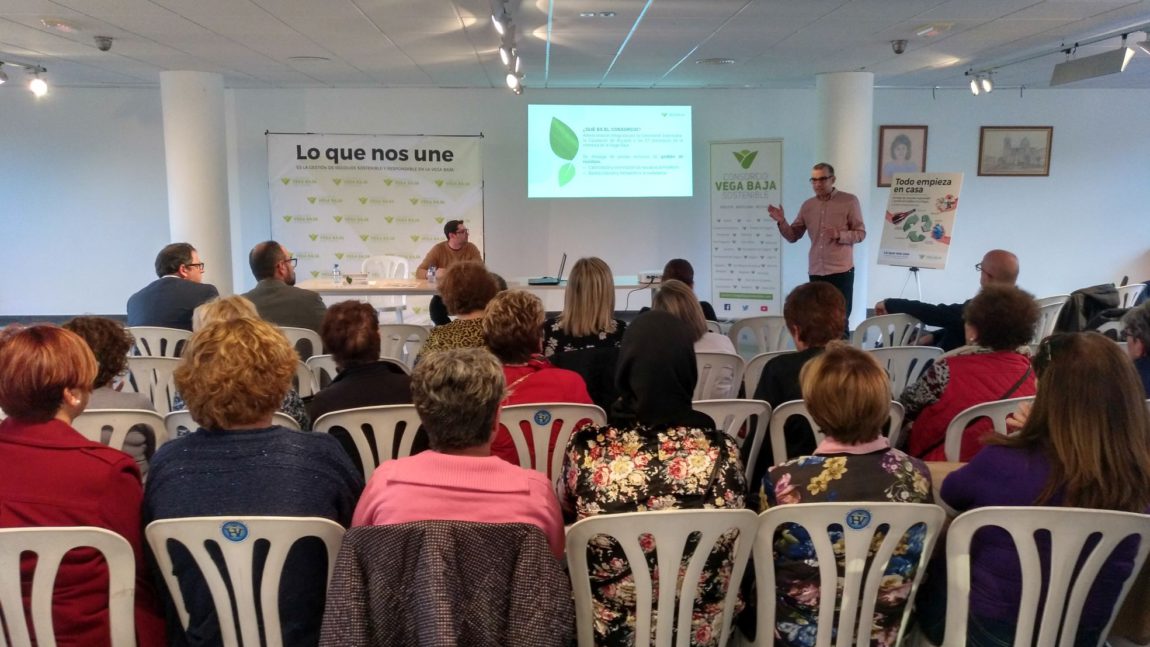 The objective of these talks, held in Dolores and Orihuela, is to promote recycling and to inform the Consortium about the neighbors of the Vega Baja

The Consorcio Vega Baja Sostenible held this week two days of responsible consumption and waste management in the home, called ‘Everything starts at home’, in the towns of Dolores and Orihuela. Both days have been led by the company responsible for developing and implementing the Environmental Communication Plan of the Vega Baja Sustainable Consortium. This plan included two days on waste management with the aim of publicizing the Consortium and also raise awareness and encourage citizens to recycle. Through two graduates in Environmental Sciences attendees have been able to see first hand what are the problems facing society in terms of how to recycle and the objectives that are being marked by all the countries of the European Union.

In a first part of the talks the educators explored the different types of containers that exist to facilitate the separation of waste, as well as what is an eco-park. In a didactic way, the attendees learned that there are residues that can cause confusion and have to be deposited in detergent containers. In this sense they also stopped to explain more in depth the mobile eco-park that launched the Consorcio Vega Baja Sostenible and that runs through all the municipalities in the region. The objective, as explained by environmental educators, is “to move from waste to resources”.

On the other hand, the second part of the talks dealt with the issue of ‘responsible consumption’. As explained by the environmental educator, it is important to consume only those products that are really needed. Likewise, the five R’s were emphasized as they are regular, reduce, reuse, repair and recycle. Finally, attendees were also able to ask educators questions about recycling and where to deposit certain products that can cause confusion.