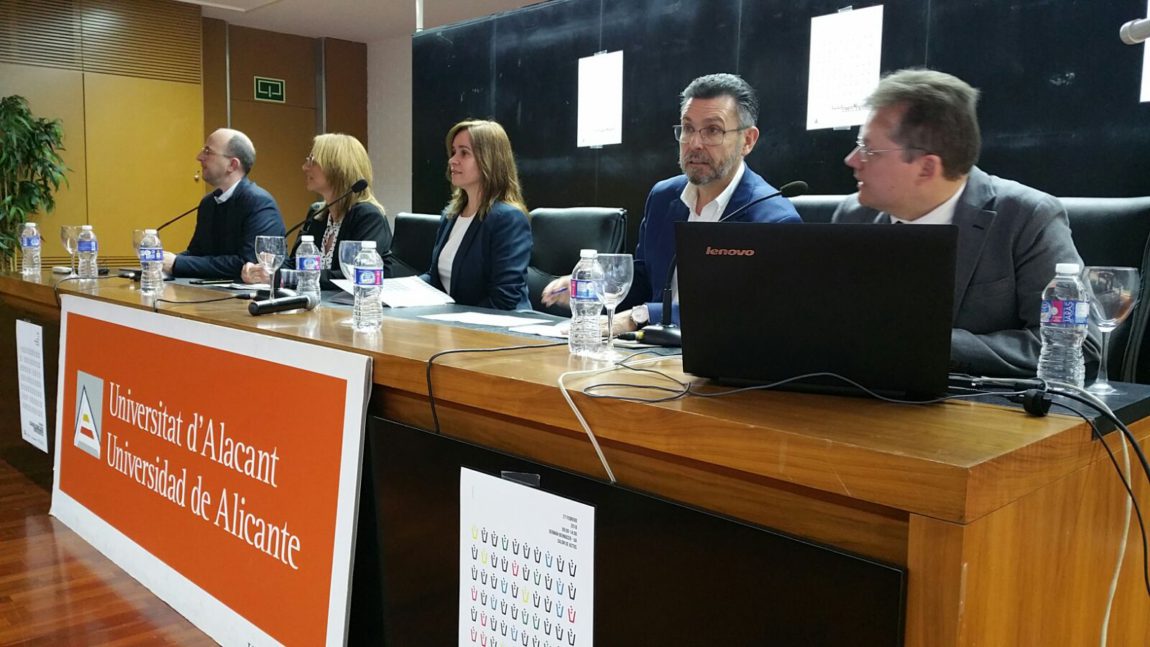 The University Institute of Water and Environmental Sciences of the University of Alicante has held the III Conference on economic and environmental aspects in waste management, in which the Vega Baja Sustainable Consortium has participated, through the president of the entity, Manuel Pineda, who have approached from the academic and practical point of view all the aspects related to the valuation of waste, residential or industrial, as well as the role of the Public Administration to face such management, coordinated by the UA Engineering professor , Armando Ortuño.

The day, which has collected various blocks and presentations, which was attended by the Director General of Climate Change, Joan Piquer and the President of the Provincial Council, César Sánchez, has been closed by a round table in which he himself has participated Piquer who pointed out that “we all look too much at the end of the processes that are carried out with waste”, so he has asked technicians and politicians “to put the accent on the principle, to see what we can do all for reduce the materials that we take to our garbage bins, recycle before and separate, as a means to prevent not only economic problems, but also environmental ones. ”

For his part, the president of the Vega Baja Sustainable Consortium, Manuel Pineda, stressed that the fundamental problem of the management of consortia “is administrative or rather the derivative of the slowness of administrative and judicial procedures.” In the same line, Pineda also indicates that the politicization of this waste management is another of the major problems for the consortiums, “especially when the elections are approaching and from the political parties work with very short-term objectives.”

Pineda has gone through the past lived in the Vega Baja with the scandals of garbage and recalled that companies and employers who are now processed “burst all the contests of collection and treatment of the region because they could afford to take the waste to a landfill illegal like that of La Murada. ”

The mayor of Rafal also thanked the trust in the Consortium shown by the residents of Dolores “because many of these neighbors, businessmen and politicians have traveled to the treatment plant Algimia de Alfara and are perfectly aware that these plants they do not bother or smell or harm their lives. ” In addition, he has placed his confidence that “this Dolores transfer plant is going to be a reality, although it is impossible at this time to establish a closed date for its operation”, clarified Pineda.

The situation of the waste in the Vega Baja practically monopolized the round table, although the regional responsible Joan Piquer, has admitted that it is more ambitious than Pineda at the time of glimpsing a solution to the problem of transport and treatment of the waste of the region . He also announced that this Saturday he will attend a citizens’ assembly with neighbors of Dolores. Regarding this issue, Piquer has defended that throughout this term “I think we have managed to make disappear the ghosts that neighbors and municipalities had”, in reference to pre-existing prejudices due to the sad history that has traditionally involved the waste management in the Vega Baja.

It considers that when there is a final ruling on the settlement of the contract to Cespa-Ortiz, which it estimates will arrive in the last third of the year, “it will be possible to have one or several treatment and transfer plants in the region, some of them of private initiative”. In this regard, the CEO has indicated that “it will be possible to take these necessary initiatives to tender so that everything is resolved in 2020.”