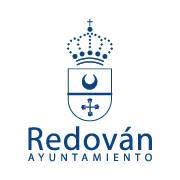 Redován population remains at an increasing rate and is currently between seven and eight thousand inhabitants.

-Redován Name is purely Arabic and refers to the gentleman owner or family of the people who in the beginning was nothing in his entire term, a farm or ranch the vast territory that then depended on Orihuela.

Some want to derive them from Farax Ben Redvan or Reduan, general Moorish King of Granada, who invaded and ransacked Guardamar in the year 1331, and set up camp in foothills of our mountains, making stay on the site, for this reason, they say then took name of his name.

But this does not seem as true as before this year 1331, in the Book of Repartimientos of Orihuela he is already mentioned with the name “Aben-Redvan” which means “Of the sons of Redován”; which clearly alludes to an owner name identical to the aforementioned General, but rather before him.

Ginés Pérez de Hita, historian, who lived between the years 1544-1619 in his book “Civil Wars” names the family of the Reduanes between nobles and knights precious Moors of Granada, who came from Morocco.

Since the early years dela Reconquista (1242-1243) belonged to the illustrious family of MIRÓN, which still remember in our garden (El Miron bridge).

The first remarkable brawl and on record dates back to 1380; It comes starring the houses of the Rocafull and Mirons, holders of manors and Redován Albatera. The issue began between true Lopez Alvarez, a friend of the Rocafull, and the children of Francesc Mirons. The origin of this dispute has also been attributed to a second plea, the abandonment by one of the Rocafull of a young Soler, whose family was linked to Mirons, leading to a break courtships chain that ended sowing disorder and confusion in the village.

In these situations, the authorities are lined up on both sides; clashes transcend the field; the first homicides occur and must directly intervene King. The heads of each fraction are called wing Court in Orihuela acts a royal commissioner with full powers. Finally, the matter is settled by monetary arrangements, verbal satisfactions truces commitments in writing and some temporary exile.

By his marriage to a daughter of D. Francisco Miron, in the year 1401 was Lord of Redován D. Bernart Tapiols, remaining until 1490.

Although the slopes of our mountains were always friendly place (in it have been found remains of ancient civilizations), the fact is that the current population starts the time when they were lords of Redován, the Ilustrefamilia UAS-ANGEL.

Reconquistadejaron recent years this place dela reduced to a small village Alquería or dependent on the city of Orihuela.

In 1490, Mr. Jaime Sant-Angel Miron family bought the Lordship of Redován, that “was nothing more than a large farmhouse and land should be better and more garden than it is today; Escorratel because the ditch was much higher; but with the avenues of the wadis it grows and the land rises and decreases the orchard to be short of water. ” (Annals of Orihuela, P. Bellot).

The Santangelos were gentlemen dela Reconquistade Valencia and the most remarkable of these kingdoms and lordships enjoyed this possession for a long time in close relationship with the oriolana aristocracy, serving its proximity to Redován Orihuela, as a place of recreation and sport.

The following year (1491) to purchase the Lordship, D. Jaime, relying on the good services he had done for Orihuela, his homeland, being deprived of the Catholic King, proposed to the Council dela Ciudadque wanted to populate his inheritance of Redován of Christians and Moors and he had begun to work, in which he had to spend much and that the population would be difficult if not attract them with some liberties. Therefore it implored the Council to the new settlers made them armhole and wall francs.

The Council instructed the jurors that they saw how they could do whatever to taste D. Jaime and make him known in another Council.

Relationship and consulted made this point, he was awarded frankness armhole and right wall for 20 years (Annals of Orihuela, P. Bellot).

He performed works and populated the place, the Lordship was confirmed by Decree of 15 May 1501, King D. Fernando II of Aragon and Castile V and his wife Queen Isabella.

It would be very interesting to find this Decree of the Catholic Monarchs, as perhaps it has origin the emancipation of Redován of the city of Orihuela because, unknown until today this fact, and knowing with certainty that when belonged wing Lordship Comunidadde Dominican Fathers Colegio de Santo Domingo, was the Rector of the Patriarchal College who put and deposed the mayors of this town, presumably this privilege or independence it also had the former overlords, ie which has its origin in the aforementioned Decree of Catholics to confirm the Lordship Reyes.

If this is so, Redován independence from Orihuela on May 15, 1501 by Decree of the Catholic Monarchs, being Lord of Redován D. Jerome Sant Miguel-Angel.

The SANT-ANGEL propiedadla Bailiwick family owned in Orihuela Generalde by privilege of the Catholic Monarchs, perhaps as a reward for the help that this family paid them in the wars of Granada.