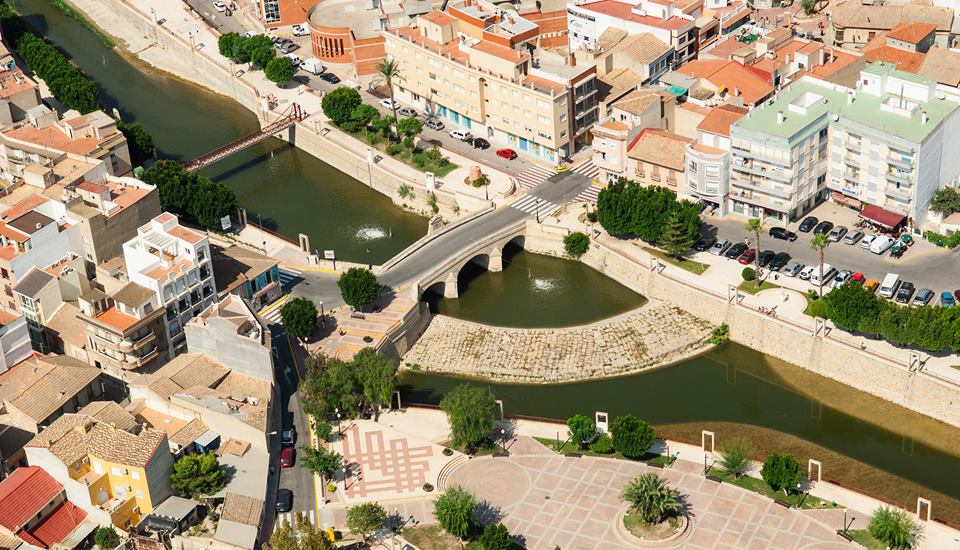 Throughout the centuries, the river Segura, has defined the happening of the towns and cultures that have lived in Rojales. The fertile lands irrigated by its waters have ensured its survival from the fourth millennium BC, as evidenced by the first human vestiges dated in the Neolithic Final. In the zone also the rest of Iberian, Roman and Arab settlements are present.

At the beginning of the fourteenth century, Rojales is defined as a town under its current name -Rojales-Roxales- and site, with the construction of an urban hydraulic complex of monumental characteristics, which will vertebrate the districts of the municipality on both sides of the riverbed Segura and Will define its physiognomy. From then on, Rojales, will live a flourishing evolution as a huertano town.

It was from 1773, when Rojales lived a significant demographic growth thanks to the development of its agriculture, activity of great weight until century XIX. With the industrial revolution, the inhabitants of the municipality were able to adapt to the changes and developed other economic sectors until today, where tourism is among the most demanded services.