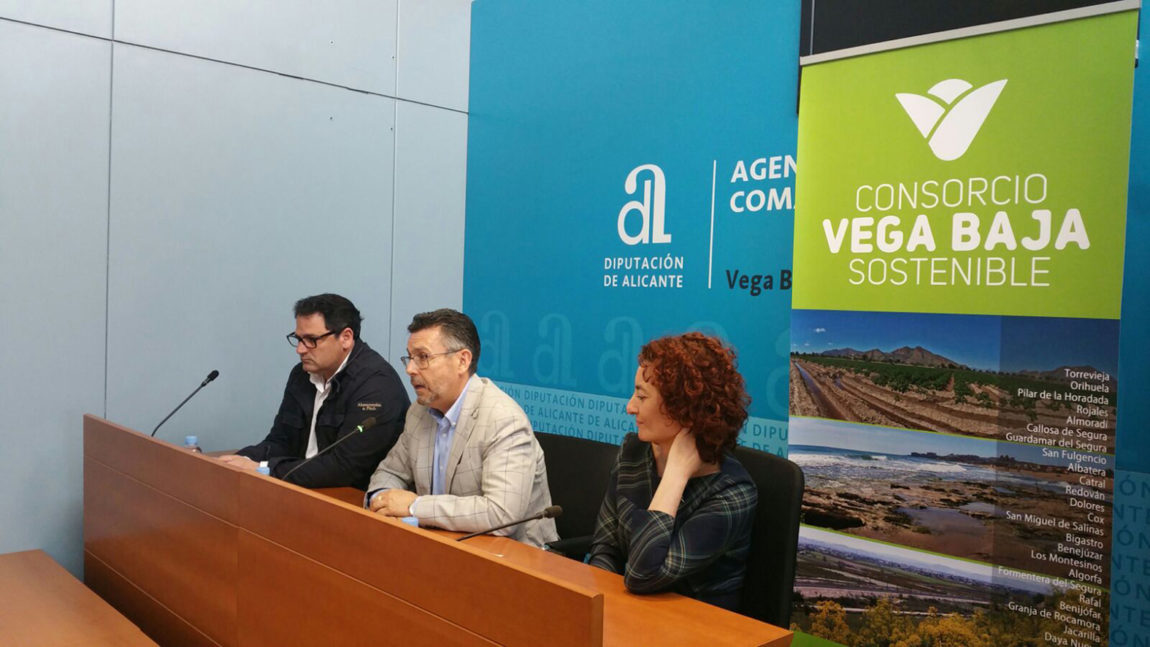 The Consortium of the Zonal Plan A6, which manages the services of domestic waste treatment and the separate collection of special waste from the 27 municipalities of the region, today presented its corporate visual identity (IVC) with which it intends to advance in an adapted communication To the 21st century.

The new brand has been presented this morning at the headquarters of the Provincial Council of Alicante in the Vega Baja, located in Rojales, an event led by the president of the Consortium, Manuel Pineda, attended by mayors and municipal representatives of the majority Of city councils of the region.

The entity has created its own brand with the name ‘Vega Baja Sostenible’ and a web in which transparency and direct relationship with citizens will prevail. “The Consortium is taking a very important step in modernizing its image and how it wants to be seen and perceived by citizens,” said the president.

Pineda explained that the new Corporate Visual Identity of the institution will help the region internalize the Consortium as an institution that will change the vision of citizens towards this body. The brand ‘Vega Baja Sostenible’ has as its objective “the opposite of the old-fashioned idea of ​​garbage, with all the political and socio-economic hurdles that this vision generated”, commented the president, who added that waste management must be done Under the parameters of the three ‘R’, reduce, reuse and recycle.

Pineda has been accompanied by the designers of the Corporate Visual Identity and the new website, who have displayed in a very visual way the creative process and the utility that from now on presents the official website of the Consortium. The press office has explained the advantages of the system and accessibility, which will have active municipalities with a user access and password to exchange all kinds of documents. It has also incorporated a section of communication, which will be fed with all sorts of news related to the Consortium and a section of transparency. In this section the entity will place all documents corresponding to transparency, such as minutes or budgets, among other information.

The new website was born with a clear “vocation for transparency, and you will not steal data or information from the neighbors of this region,” said Pineda. A web that will be accompanied by the active presence of the Consorcio Vega Baja Sostenible in the most important social networks, which will give information about the entity and also about the environment.

The president has pointed out regarding the management of the Consortium that will continue to seek the best model and the most economic for the neighbors. “The first thing we have changed is the name and the image. This is the first step so that in some time everyone is aware that nothing will be the same as before, “he said. Manuel Pineda defended at all times the need to banish from the language and management “pejorative and antiquated terms that harm the good name of this region”, so that the Vega Baja only appears among those who care, respect and defend the defense of the Environmental values ​​and good management of the natural wealth of our land, as well as honesty in the management of public resources, he concluded.