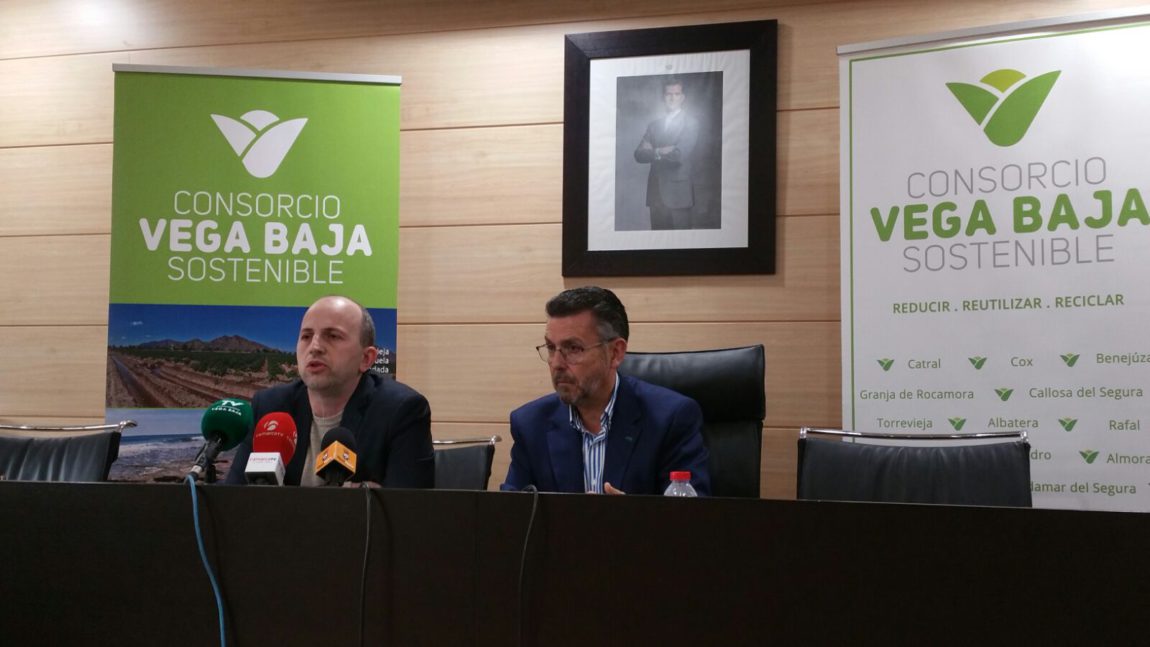 The president of the Vega Baja Sostenible Consortium, Manuel Pineda and the General Director of Climate Change and Environmental Quality, Joan Piquer, have today advanced several news regarding waste management for the region. Pineda stressed that, on the one hand, the General Directorate of the Public Sector “has given its approval to the purchase of the Vaersa company stock”. In this sense “Vaersa, shortly, will be our own and we can finally have a public initiative, because we will also have transferred the land in the municipality of Dolores”.

In addition, the management project for the region to have a transfer plant “has been registered today and as soon as the procedures of the technical commission and the government commission pass, it will be signed with Dolores”, assured the president of the company. the consortium and added that “another of the important news of the day is that the environment commission, held yesterday in Valencia, has approved the allocation of 800,000 euros for the budgets of 2018 and to be extended in 2019 for the management of the waste in the region.

The General Director of Climate Change, meanwhile, wanted to be present at the press conference, held at the City of Dolores, to explain firsthand the evolution of the waste management project in the region. In this sense, Piquer has positively assessed the allocation of 800,000 euros that has been approved at the proposal of its general management and also “for the effort and work of the president of the Autonomous Consortium and Deputy.” The general director has stressed that “this approval implies de facto, and I commit myself to this, that there will be a total of € 1,600,000 to be approved, and also for the following year”.

“This money has to allow us to pay for the facilities of the region. We have worked in a silent way, very hard, to be able to have this economic amount, “said Pirquer and added that unfortunately there has been no proposal of the Popular Party in the courts to be able to have larger amounts in favor of the Vega Baja ”

Likewise, the general director explained that the General Directorate of Public Sector and Heritage has favorably informed the possibility that Vaersa is the Consortium’s own medium. “Thus the actions that intend to develop in the Consortium, this can deliberate to deal with them in a 100% public way and we save the stumbling block, the inheritance received from the termination of the contract on which there is still no firm judicial sentence,” said Pirquer. And he added that “with this declaration of our own means we no longer have to wait and we can start the administrative work and with budgetary availability”.

In addition, the general manager has ensured that “not everything goes in the management of waste” as they are carried up to 60,000 tons a year in the neighboring Region of Murcia and more than 100,000 tons a year in the rest of the districts of the province of Alicante and “I want to thank those consortiums for their consideration of the Vega Baja region and this consortium”.

Piquer has insisted that “it is impossible to explain in the Ministry of the Environment and in the European Commission why some institutional representatives of the Popular Party in the Vega Baja are adopting this type of attitude against the development of management facilities”. In this sense the general manager has asked “to analyze in detail their statements and if not to leave and leave those who want to collaborate, not everything is worth and the citizens of Murcia and the propvincia of Alicante deserve that work.”

The person in charge of Environmental Quality has also come to the step of some manifestations realized in the last weeks on the abandonment of some municipalities of the Consortium. “This would be bad for the citizens of those municipalities and, in addition, already sentences were obtained that the municipalities are obliged to follow the guidelines of the Waste Consortium in this type of matter,” said Piquer.

Joan Piquer also made reference to the private initiative for the southern area of ​​the region in which “the data of this possible transfer facility has been transferred with total transparency, but it is a procedure that must go with the law of contracts of the public sector, in addition to which the Consortium will have to elaborate the studies and reports for a later tender “. He also asked for “respect, so that together we can work to build the facilities that are so necessary for the region.