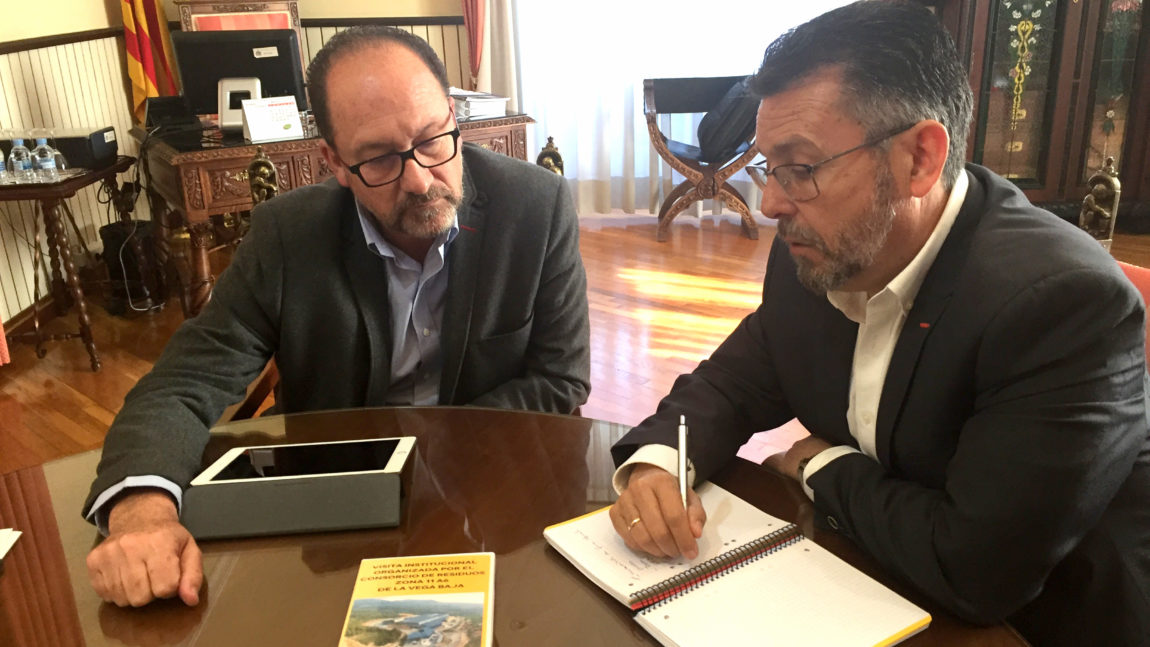 The Consorcio de Residuos Vega Baja continues with the steps to be taken to ensure that the region has the two transfer plants needed to move the garbage while waiting for an own waste disposal facility to comply with what the law. The president of the consortium, Manuel Pineda, met this morning with the mayor of Orihuela, Emilio Bascuñana, to discuss this and other issues, and in relation to garbage Pineda has delivered to the councilor Oriolano the institutional video of the visit of the Last year to the Algimia plant in Alfara, which has a system similar to the one that is intended to be installed in Vega Baja.

Pineda highlighted the visit that has spoken of the possible location of the plant Oriolana, and has opened the possibility of launching a procedure of public competition for individuals with land of more than 3,500 square meters in Industrial polygons can offer that land, “as long as it complies with the urban compatibility,” says the president of the Consortium.

This possibility is reflected in the report commissioned by the Director General of Environmental Quality to Vaersa, Joan Piquer, which Pineda referred to last week and on which the public company has been required to minimize costs so that no Have to have an impact on the neighbors of the municipalities of Vega Baja. Pineda points out that this report was requested by the Generalitat “and was analyzed both by the director general and by the technical commission that concluded that it was not viable because it was fired economically.” The president of the Consortium remembers the limitations to which this organism is subject since “is intervened by the Generalitat to try to streamline the whole procedure”.